Before European colonisation, the Igbo-speaking people were not united as single people, but lived in small-dispersed compounds in the rainforest, built up of clusters of huts belonging to the same patrilineage. The largest political unit was the village group averaging about 5,000 persons, who shared a common market, meeting place and common beliefs and cults. These village groups were ruled by a council of elder age grades, lineage heads and influential wealthy men.

For centuries, age grades have played (and still do) an important role in village life. Age grades are formed by people born within three to five years from each other, and are a means to create a peer group, foster unity and responsibility, acting mainly as a socio-cultural institution. Communities are segmented in different age grades, and with years passing by, the younger groups ascend the ladder and take over the role of older grades. 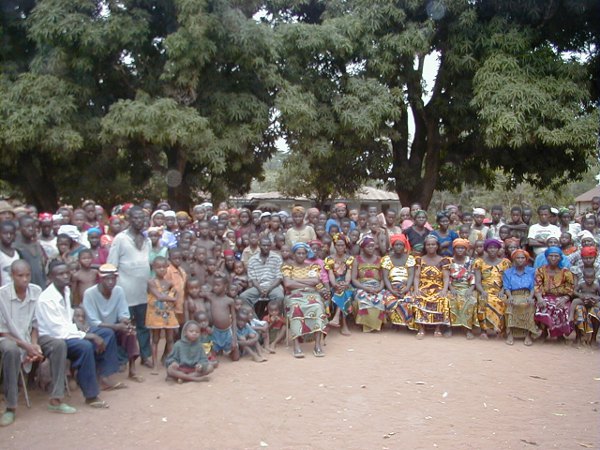 Age grades are initiated by youths at a certain age in their adulthood. They choose a well-respected elder as their patron to facilitate the recognition of their grade among the elders. He acts mainly as a liaison officer between both groups. In the olden days, the newly formed group had to prove themselves for maturity by defending the community against hostile neighbours or enemies. Nowadays, these tasks are substituted with addressing basic community development needs, such as building a school, electrification, water provision etc. 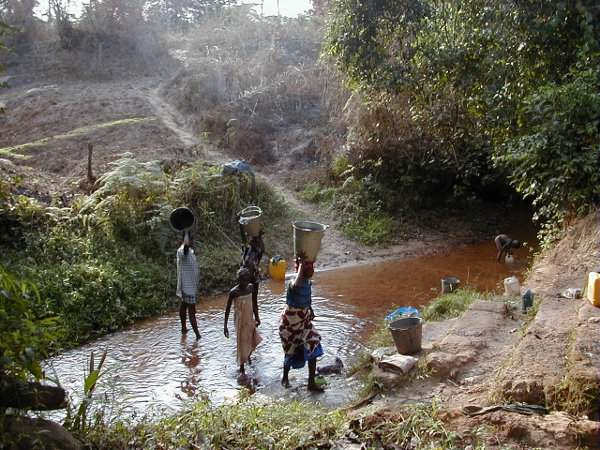 Getting water for the village

Only if the elder agree that the age grade has performed their task meaningfully with success, and the group is seen as a role model to the community, the group will be accepted to adulthood and is honoured with a name. With this name, the age grade will become part of the decision making process in the community and is seen as the protector of societal tradition and culture.

An older age grade can decide to retire, which is done upon completion and hand-over of a project to the community. This ceremony, called Igbo-Uche or Otomu, calls for a large celebration, marking the admission of its members to the elderhood. No labour can be assigned to them anymore and they become now the most influential and respected members of the community.

From the sixteenth to the nineteenth century, slavery took toll of many weaker communities in this part of the country. With the colonisation in the early part of the twentieth century, the British introduced a system based on ‘indirect rule’ in the north of Nigeria, leveraging the existing northern emir hierarchies. A few years later, the colonial rule decided to introduce this system in the south as well. They commissioned ‘warrant chiefs’ to rule the districts in Igboland, but due to the lack of social hierarchies, the mandate for their authority did not work out as well as it did in the north. After the independence, the role of these district officers was quickly transformed and adapted to Igboland’s ‘traditional’ title society, which used to be based on traditional worship titles. 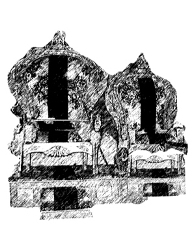 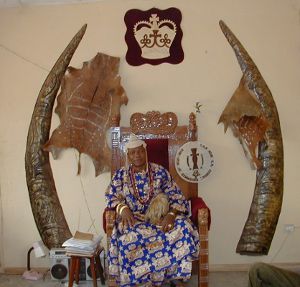 Nowadays, each community consisting of a number of villages, wards and/or clans, can nominate their traditional ruler, also called Igwe or Eze. The Igwe has this role for life and can give titles to his community people, mostly out of recognition for their achievement and character. The title system varies from community to community, but except from different names, the hierarchy itself is in most cases the same. In most communities, the title system starts with the Nze title, given to persons in recognition of their community contribution. When the Nze titleholder reaches the elder age and remains in the village, he becomes part of the Igwe’s cabinet. Upon becoming a senior elder, the Igwe may honour him with the Özö or Ichie title, standing directly below the Igwe.

These titles and many other chieftaincy titles, each signifying certain achievements come along with privileges and symbols of authority. One could be allowed to wear a red or black cap, to hold a walking stick, an elephant tusk, a horsetail or a fan of ram or cow skin, all dependent on the local customs and the rank of title. Chieftaincy titleholders are privileged to do the “chief handshake”. This handshake starts with touching each other’s hand with the upper-side three times before shaking. If one of the persons does not recognise the other as a chief, even though he might pretend to be one, the touching stops after two times before the shaking. War heroes are a separate category of titleholders, they can wear parrot’s plumes in their hats and are the only ones allowed to dance the war dance.

Among his cabinet members, the Igwe appoints his Prime Minister and secretary and together with his full cabinet, the Igwe-in-council serves the community in matters of peace, development and values. For instance, he is called upon in cases of resolving internal conflicts. If so, each party needs to bring four kola nuts, a gallon of palm wine and 1,000 Naira to the ruler. The case is put forward, and the ruler will make the final judgement. The money, palm wine and kola nuts are returned to the winner, the latter two being given in most cases to the Igwe as a token of gratitude. The loosing party is expected to pay on top of their deposit the penalty or fine as stipulated by the Igwe. If the parties do not agree with the settlement, the case can be brought to court and fought out in a more formal way.

The Igwe-in council also works together with government, but they do only have an advisory role in this context. Villages and communities have many other groups and opinions represented, to mention the most important ones:

In some communities, the groups listed above may not have any representation. Then, there are many other persons who can play an important role in the community, for instance the school’s headmasters, principals etc.

Conversation: Going to the Village

Interrogatives are used to ask a question. In Igbo, a question can only be initiated by either an interrogative or a personal pronoun.

The pronoun could be followed by ka or ihe in case the interrogative is not the sole subject of the sentence.

If the interrogative is missing in a question, the verb must be preceded by a pronoun: